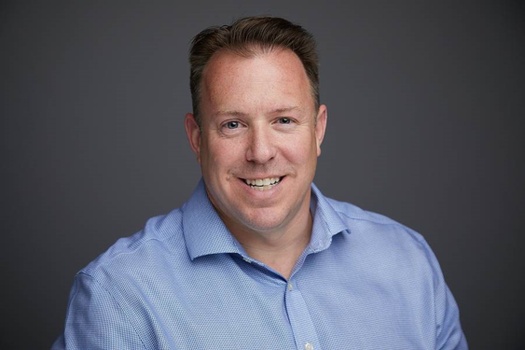 Haddon Planning Group's CEO, Jake Reardon was featured in the July 2021 issue of Advisors Magazine. Read the article below or click the link to see the full spread on Advisors Magazine's website.

Financial planning doesn’t have to be

French philosopher Jean-Paul Sartre once said: “Only the guy who isn’t rowing has time to rock the boat.” And many years later, American author and business management guru Patrick Lencioni noted: “If you could get all the people in the organization rowing in the same direction, you could dominate any industry, in any market, against any competition, at any time.”

No one understands this better than financial advisor, Jake Reardon, owner and CEO of Haddon Planning Group – both figuratively and literally. In high school and college, Jake was a member of the crew team and not long after, straight out of college, began his career as a successful business owner. Starting out in the financial industry at Ameriprise at age 21, he is now the well-respected fiduciary to over 1,500 clients.“

Crew wasn’t really popular in our small, blue-collar town,” Reardon recalled in a recent interview with Advisors Magazine. “What we lacked in numbers we made up for in determination and heart. Our small, tight-knit team surpassed some of the top-ranking experienced schools to win national championships. It gave me the foundation to become successful in a business where eight out of 10 financial advisors fail. My triumph in the sport taught me how to be persistent and determined.”

Reardon continues to row, has run an IronMan Triathlon and the Boston Marathon – achievements that, according to Reardon, have helped keep him at the top of his game.

Growing up, Reardon recalled that his parents didn’t make a lot of money. They worked full time and did an amazing job providing for him and his siblings, but always sacrificed for themselves.“

They could’ve done both,” Reardon said. “If my parents understood finance and investing, they could’ve given us that same great life while also affording extras for themselves. It was the same situation for everyone in the neighborhood.”

And that’s why he became a financial advisor. According to Reardon, “It’s one of the few careers where you can have the heart of a social worker with the paycheck of an entrepreneur.”

Reardon was with Ameriprise for 10 years before moving on to BCG Securities where he managed 25 advisors in addition to running his own business for nearly 17 years.

Ahead of the current M&A craze that has seen a record number of registered investment advisors (RIAs) sell their practices, Reardon had the opportunity to purchase Haddon Planning Group from the retiring owner. Reardon’s own business was a decent size but grew exponentially after the acquisition. He recently purchased a second firm from an advisor who has been in the business for 50 years.

"We now have over 1,500 clients, including 250 business clients of whom I manage their 401(k) plans and health benefits,” Reardon said. “I have 10 independent financial advisors who work with me and a staff of seven who help run my practice.”

Taking some of the stress out of everyday life and helping clients achieve their goals is what Reardon sees as his main role.“

Life is hard enough,” he said, “I want to be able to share my knowledge, provide answers, educate and empower my clients. Simplify at least one aspect of their lives.”

He describes this foundational approach as “simple sophistication.”

“A typical scenario might be a potential client whose financial plan includes investing, saving for college, tax implications, insurance decisions and planning for retirement. We could sit down with a 40-page illustration of investment products and policies, overwhelming the client with industry jargon. Instead, we take the time to educate; highlighting the key points of the 40 pages in the simplest terms, empowering the client to make the most financially sound decisions.”

Reardon shared an actual case in which the firm was managing a few hundred thousand dollars for a husband and wife who were among the clients who never had any questions, never reached out, seldom returned phone calls. Haddon Planning Group was managing their money but there was very little interaction.

“Before they knew it, their daughter was ready for college,” he remembered. “They called and asked: ‘Do you have any advice on college loans? We’re trying to figure out how we’re going to put the kids through school.’” This phone call was a game-changer according to Reardon.

“The couple didn’t have enough in the 529 plan to cover the entire cost of tuition, room and board, and everything else their daughter would need, so they were exploring loan options. We started discussing their goals and objectives, what they had saved in other accounts, income vs expenditures, their entire financial snapshot. They were well over where they needed to be for retirement and still a long way off. They were saving $25,000 per year in their 401(k) and I remember telling them, ‘You’re rich for retirement but are willing to go into debt for college? Don’t do that.’

“We mapped out a plan that would exhaust the funds in the 529 plan which would account for 70% of the cost and rather than continuing to contribute to the 401(k), use that to cover another 20%, then take a student loan out in their daughter’s name for the remaining 10%, giving her a little skin in the game. By doing this, she would understand the importance of doing her best while appreciating the benefit of the money her parents had set aside for her. Her first lesson in finance.”

The game-changer? “Seven referrals called me, five of which are clients of mine to this day. All of the couple’s friends were in the same boat.” Pun intended.

That experience prompted the firm’s three core values according to Reardon:

“Accountability – Haddon Planning advisors do what they say they’re going to do.

Honesty – explaining the truth in the simplest of terms, even if it is not what the client wants to hear.

Professionalism – putting knowledge and expertise to work in the best interest of the client.”

Focus on the Basics

Stepping outside of the box worked during last year’s pandemic too, when the practice was faced with a major decision around changing broker-dealers. It was poised to change over to American Portfolios, an independent broker-dealer registered with FINRA and SIPC, but the timing wasn’t great.

“We were planning on moving from one broker-dealer to another when the pandemic hit,” Reardon said “So, we’re a month into everything shutting down, the market dropping, and I had to make the decision; are we going or not?”

The Haddon team was working remotely compounding the challenge of sending out some 2,000 packets of mail to let clients know about the shift to American Portfolios – a daunting task. Reardon consulted with his advisors and staff, and made the call to transition broker-dealers on April 2020.

“We had a hug mail campaign, and the major task of transitioning accounts over,” Reardon said. “And I knew it was either going to be a great decision or a miserable one. But it worked out great. We retained 98 percent of our clients. Plus, the rate of return of their accounts has soared since then.”

What’s more, the decision helped on other fronts as well. While existing clients needed to sign consent forms regarding the switch to American Portfolios, that became secondary when the Haddon team reached out and started talking to people.

“We were able to talk with clients about everything else that was going on in their lives, and to make sure they were okay,” Reardon said. “This brought in a ton of referrals because we were among the first to reach out, to be proactive, and to engage our clients. It was a major decision at a crazy time – and we grew the business by 18 percent.”

“The pandemic was a good opportunity for a real gut check”, Reardon said, “and the goal continues to stay sharply focused on the basics.” Reardon’s basic core philosophy: “Our culture is one where goals are achieved, and quality of life is improved.”

What’s next for Haddon Planning Group?

Reardon sees a couple of missing pieces. While he acknowledges that today’s trend is for financial advisors to have relationships with attorneys and CPAs, the better solution is to acquire them. To make them part of the practice.

“Acquiring an accounting firm will only make our clients’ lives that much easier.”

As always with Reardon, simplicity from sophistication.

View the original article on advisormagazine.com.